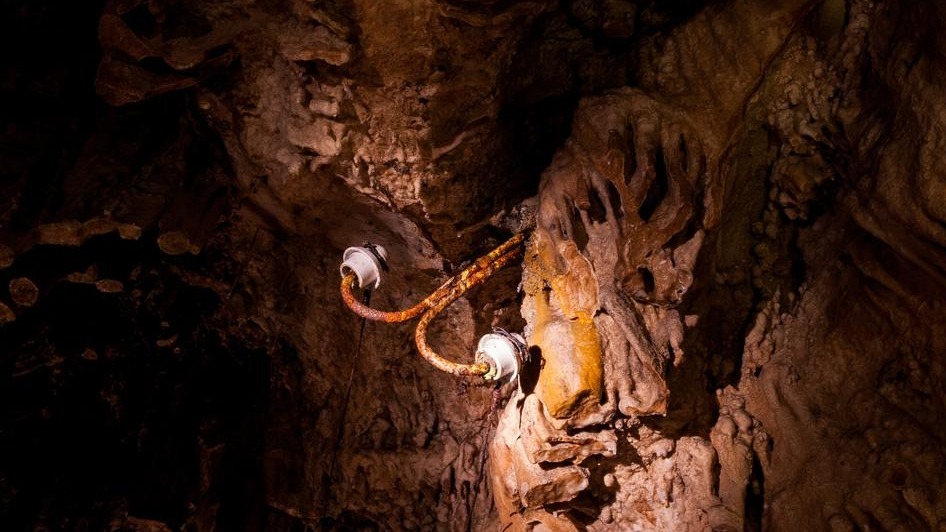 Exploration of the Biserujka cave

Biserujka Cave is located 300 m northwest of the village of Rudine in the municipality of Dobrinj on the island of Krk. The cave is arranged for tourists to visit and is characterized by a wealth of cave decorations - calcite sigma, especially pillars and stalactites. According to the speleological classification, it is a simple cave with a cave entrance and a slightly sloping cave channel. It consists of several underground spaces: entrance, balcony, shaft, large hall, north channel, hall with bridges, and cypress hall.

Biserujka Cave is also known as Vitezić Cave. The lowest point of the cave was measured at -13 meters, and the bottom of the cave is only 30 meters above sea level. The cave extends relatively shallow below the surface and its superstructure nowhere exceeds 6 to 8 meters. Remains of the bones of a cave bear (Ursus spelaeus) were found in the cave.

In the deeper part of the cave, the variations of microclimatic parameters are insignificant, the soil and air temperature is about 15.0 ºC with a relative humidity of about 95%, which makes the stay in the cave pleasant.

The endemicity of the cave living world is very pronounced. Six stenoendemic species live in the cave (narrow endemics of the Kvarner area!). Three species of invertebrates have been described from the Biserujka cave, making it a type site ("locus typicus"). In 2009, an unknown species of lizard genus Roncus was found in Biserujka. That is why the cave is included in the National Ecological Network, which has endemic species and habitat types for conservation purposes - "karst caves and pits".

Not far from the entrance to the cave there is an educational trail Slivanjska which visitors to the cave can visit on their own, the tour of the trail is free and lasts an average of 30-45 minutes depending on the person.